I am 57 years old, and for the first 30 years of my life I was a healthy person, with a very active life, following a great career path. After studying engineering, I entered the Merchant Marine and traveled the world. After that I began a career in the engineering insurance industry in New York. For another decade my life went along very well.

Suddenly, in 1987, while attending a meeting in Philadelphia, I experienced my first grand mal seizure and collapsed. This was the beginning of my epilepsy, which changed my life forever.

What is scary about a grand mal seizure is that you never feel it coming on, it just happens without warning. You just collapse, and many times there are physical injuries due to falls. When consciousness is regained, you don’t know what just happened. Epilepsy can easily make people prisoners, removing them from the outside world. Epilepsy did this to me, and depression set in.

Over the next fourteen years, I experienced grand mal and partial seizures just a few times a year, then it became monthly, then weekly, and then finally daily. The seizures also brought on frequent severe chronic head pain.

In 2001, I had to retire from my career, after working for twenty-four years, due to the frequency and complications with my epileptic condition.

In 2001, a longtime friend of mine showed me a TV show that featured Canine Partners for Life, and it detailed the wonderful work that service dogs are capable of doing for disabled individuals, including alerting to seizures. I contacted CPL and arranged an initial interview. My path at CPL was briefly interrupted when I was told I had to have brain surgery performed to reduce the frequency of my seizures. The surgery did help, but it also negatively affected my short term memory.

In 2003, recovered from my surgery, CPL introduced me to a female black Labrador, named Charity. CPL had matched me with Charity and she would be my home companion and seizure alert dog. During our first meeting together, Charity warned me of an oncoming seizure and rode the seizure out by my side. I knew from that first meeting and first advanced warning that my life was changed for the better.

Charity and I worked together as a “team” for the next seven years. In that time, her ability to warn me in advance of my seizures and help assist me with balance issues, helped me take back control of my life.

In 2012 I traveled again to CPL, this time to meet my full service, seizure alert successor dog, Alepo. Alepo is a five-year-old male Labrador, and together we graduated from CPL team training in the summer of 2012.

Alepo warns me in advance of my seizures in a completely accurate and reliable manner. He is determined with each warning to get my attention and to get me to react quickly. Alepo isn’t satisfied until I am lying down so he can place his front legs across my waist. And he won’t let me get up until my seizure is completely over. He then gets up, and licks my face – giving me the signal that it is OK for me to get up, slowly.

I experience frequent problems with balance now and Alepo supports me through this. Without warning I can lose my balance and fall. But using Alepo’s harness, I always have a good grip and the necessary support that I need to prevent myself from falling. This support has saved me from serious injuries and broken bones many times. Thanks, Alepo!

My dogs Alepo and Charity, and CPL, have helped to restored a level of confidence in me over the years that has helped me deal with my disability in the most positive way. Having advanced warning of my seizures has stopped my epilepsy from controlling my life. The work that Alepo does for me helps me tremendously both physically and emotionally, each and every day. We are a team and we are in this together. Alepo’s physical support gives me a new freedom to get out more and experience what I want to in the world, much like I did before my disability.

Alepo helps my family too, as he has restored their confidence in me, and given them back their own freedom that was limited by my disability.  My dog, Alepo and Canine Partners for Life made this possible for me. 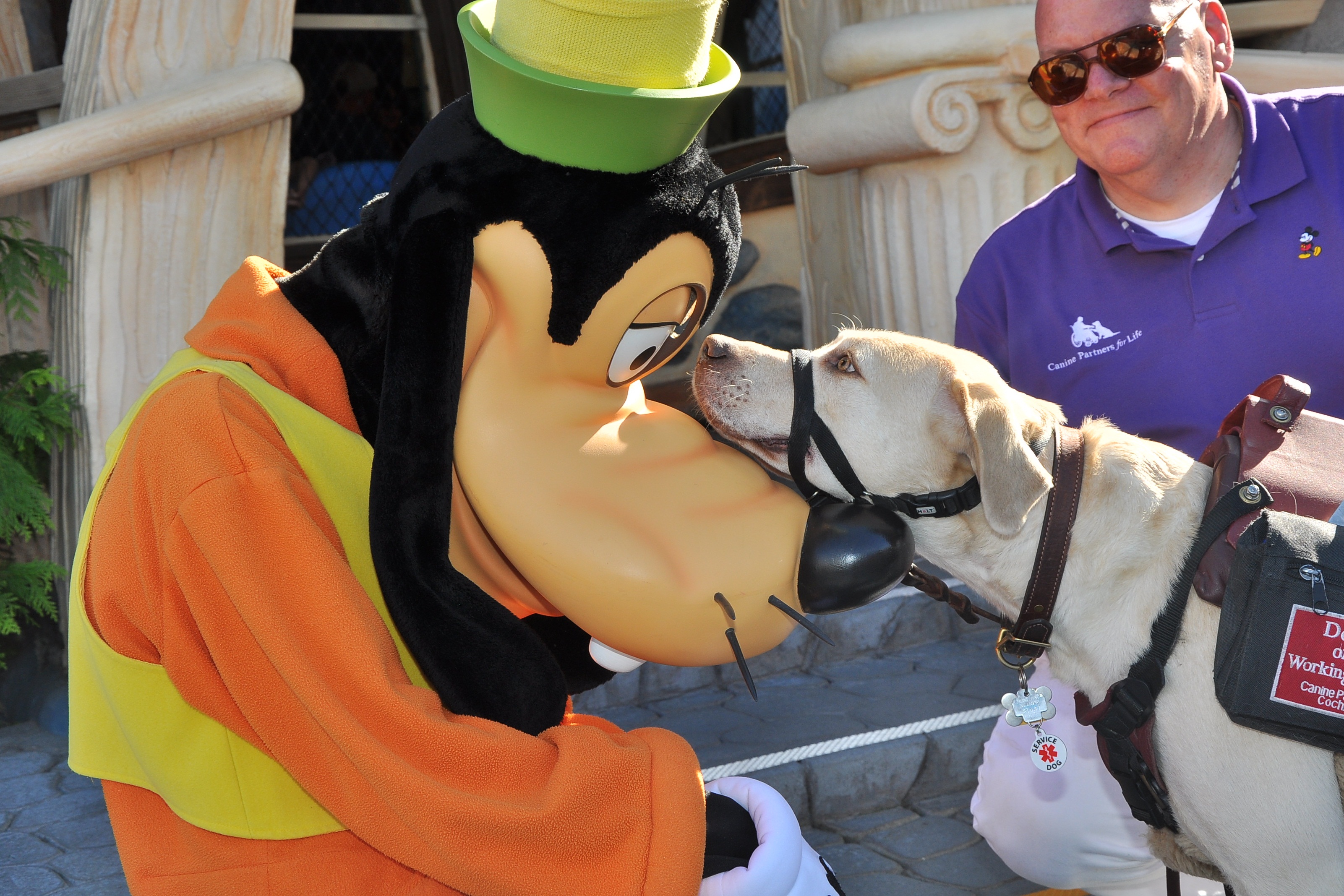